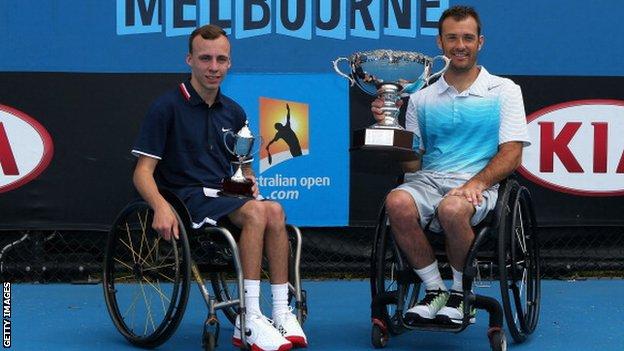 Britain's Andy Lapthorne was beaten in the final of the wheelchair singles as David Wagner reclaimed his Australian Open crown in Melbourne.

The 22-year-old Olympic silver medallist raced to a 4-0 lead in the first set and served out for the set.

Wagner levelled in the second and although Lapthorne saved two match points he could do little to prevent the American from regaining the title.

There was some consolation for the Briton, however, as he then practised with defending men's champion and world number one Novak Djokovic.

The Serb said on his Facebook page that spending time with Lapthorne was a privilege and a pleasure.