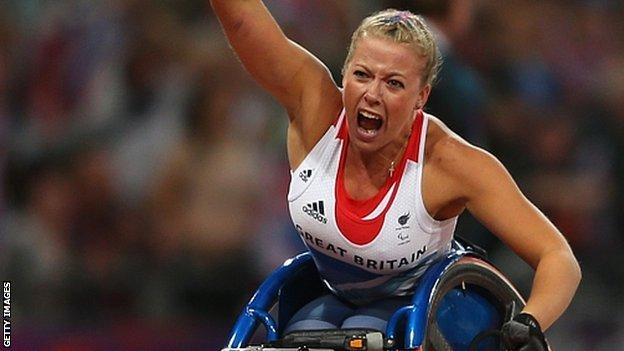 Six Paralympic grand prix events are being brought together in a bid to create an elite series.

British Paralympians have been calling for more opportunities and exposure.

"Should the trial be successful then we will look at how we can expand these events in 2014 and beyond," said IPC and British Athletics chief Ed Warner.

"These are great developments for the sport and we expect to make further announcements during the year."

The first event in 2013 will take place in Dubai in March, before competitions in Beijing, Sao Paulo, Grosseto (in Italy), Arizona and Berlin.

The events themselves already existed, but the IPC believes linking them as a series and raising organisational standards means they will attract the biggest names in Paralympic track and field.

Double London 2012 champion wheelchair racer Hannah Cockcroft said: "The fear after London 2012 for the athletes was that there was going to be a limited amount of motivation over the next four years.

"However, the grand prix events and the World Championships will give us plenty of chances to become the best in the world and keep the public interested."

The 2013 IPC Athletics World Championships will take place in Lyon, France in July.