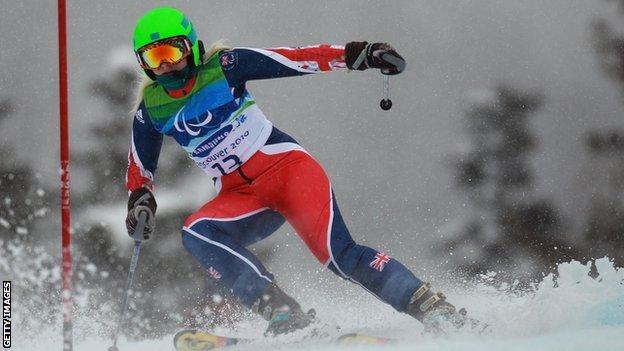 Britain's Kelly Gallagher has finished third in her opening event at the IPC World Skiing Championships in Spain.

The visually-impaired 27-year-old from Northern Ireland, and guide Charlotte Evans, took bronze in the downhill in the four-strong field in La Molina.

Gallagher competed at the 2010 Winter Paralympics in Vancouver.

"We are delighted to have finished third," said Gallagher and Evans afterwards. "We feel we have the ability and motivation to do even better."

She was the first of the six-strong GB team in action at the event and will be competing again in Friday's Super-G along with fellow visually-impaired skier Jade Etherington and her guide John Clarke and sit-skier Anna Turney.

Sit-skiers Tim Farr and Mick Brennan and standing skier James Whitley start their campaigns in the slalom on Saturday.