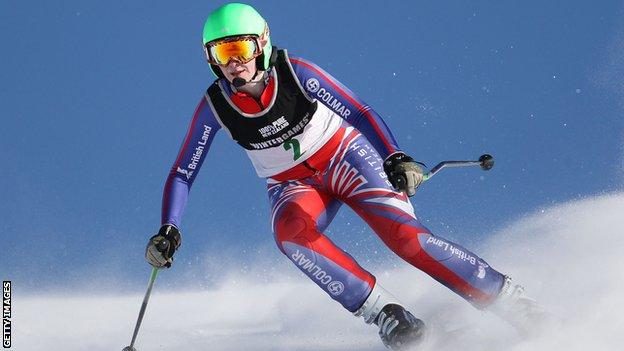 Kelly Gallagher has won gold in the slalom at the International Paralympic Committee World Cup finals in Sochi.

The partially sighted Northern Irish skier won the test event for the 2014 Winter Paralympics in the Russian city with her guide Charlotte Evans.

Gallagher, who won four medals at the IPC World Skiing Championships in February, claimed the fastest overall time of one minute, 50.67 seconds.

It was the pair's first World Cup win since they teamed up in late 2010.

"It's been amazing, so good," said Gallagher after the race. "Charlotte's kept me at the top, saying 'Come on, it's just skiing, we can do this.'"

England's Jade Etherington and her new guide John Clark were third with 2:01.49, while Russia's Alexandra Frantseva, guided by Pavel Zabotin, finished half a second behind Gallagher with 1:51.19.