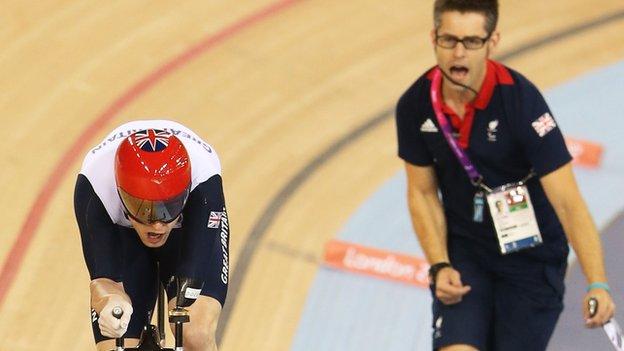 Furber comes to the sport from British Cycling, where he was the lead coach for the GB Paralympic team who topped the medal table in Beijing and London.

He takes over from John Atkinson, who stepped down after the London Paralympics to take up a new role with Swimming Canada.

"This is an incredibly exciting move for me," said Furber.

"I love disability sport and the opportunity to lead the sport of swimming, which has 148 opportunities to win Paralympic gold, is an incredible one that I could not ignore.

"I've been at British Cycling for 13 years and, while I'm sad to be leaving, I believe the opportunity with British Swimming is ideally suited. I feel the impact I can make will help the team to move up the medal table while building on the good work done by the previous performance director."

Furber, who has led the team to 42 Paralympic medals since joining British Cycling in 2000, is due to start his new role in May and British Swimming will also appoint a head coach to provide additional strength and depth to the programme.

"I'm sure he will bring some interesting and exciting ideas from cycling which will drive the future success of the Paralympic swimming team and build on the foundations laid by successive NPDs."