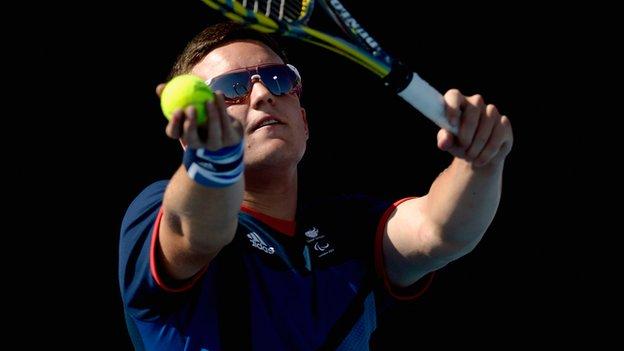 Houdet will now face the top-ranked Shingo Kunieda of Japan in the final.

Reid still has a chance of success in Friday's doubles final along with partner Ronald Vink.

The Briton was broken twice in the opening set and was 4-1 down in the second against the home favourite before battling back to level the set at 4-4.

However, Houdet held to go 5-4 up and, despite saving two match points, Reid was broken again as Houdet wrapped up the win.