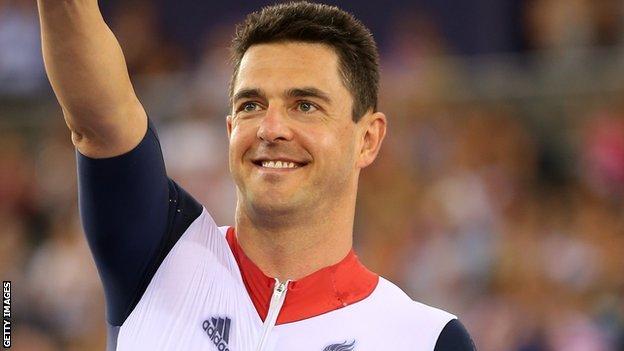 London 2012 champions Mark Colbourne and David Stone led the way with a gold and a silver medal apiece at the Para-Cycling Road World Cup in Italy.

Stone, who races on a trike, beat Hans-Peter Durst in the T2 time trial before the German took road-race revenge.

Mark Colbourne won Great Britain's first medal at the 2012 Paralympics with a silver in the C1-3 1km time trial. He also won gold in the individual pursuit and silver in the road time trial.

The 43-year-old, who won a gold and two silvers in London, relished the technical course and won in a sprint finish at the end of the 10-lap circuit for his first major international road race win.

He later described himself on Twitter as "really chuffed".

Turnham and Duncan put in a strong finish in their time trial, but finished nine seconds behind the strong Canadian pairing of Robbi Weldon and Emilie Roy.

They failed to add to their medal haul in Sunday's road race where they suffered a crash, but both will be fit for next weekend's Road World Cup in Segovia, Spain.

"We had a mixed bag of results but we are pleased with the medal haul," British Cycling Paralympic performance director Gareth Sheppard told BBC Sport.

"Some of the guys will be looking to step up in Spain and the challenges they faced here will put them in good stead for next week and also for selection for the World Championships in August in Canada."