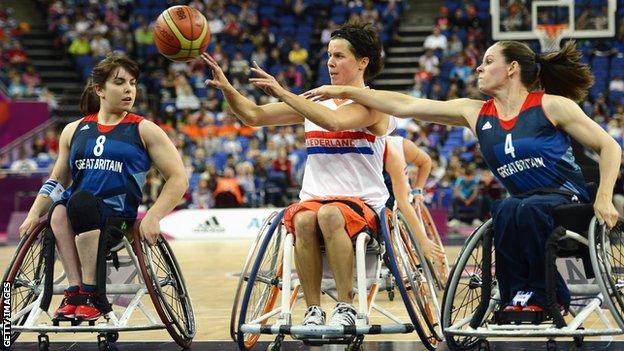 Helen Freeman led the scoring with 20 points, and the result gives GB a chance to improve on the bronze medals they won at the last two tournaments.

"GB's defence will be key if they're to cause what would be an upset against the hosts Germany.

"At the Paralympics in London, GB were leading by three points with five minutes left against Germany, only to be undone at the death.

"The Germans might be on home soil and looking for a seventh straight European gold, but if GB can press as they did 10 months ago there's no reason why they can't break their opponents' stranglehold in Europe."

Britain face the hosts, defending European champions Germany, in their last-four clash in Frankfurt on Friday.

Freeman is Britain's leading scorer in their three matches at the championships so far, averaging 12.8 points per game, as well as leading the way in assists and rebounds.

Great Britain were beaten 55-44 by eventual Paralympic champions Germany in the London 2012 quarterfinals.

Britain have won seven European bronze medals, but have never progressed to the final.