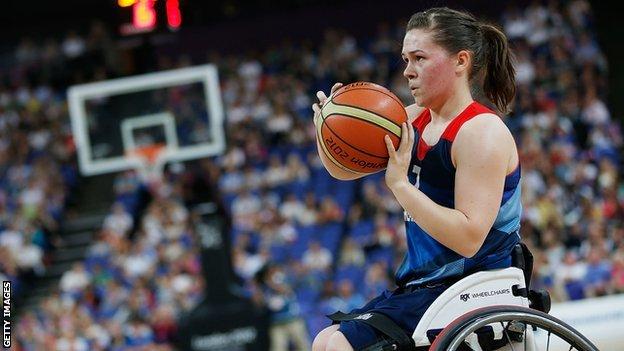 Great Britain women's wheelchair basketball team failed to reach the European Championship final as they were beaten 71-36 by hosts Germany.

Britain, who lost in the last eight to Paralympic champions Germany at London 2012, will now face France in the bronze medal match on Saturday.

Spain will pose a much greater threat than Poland did to GB's men. Their height and physical prowess, allied to an ability to work and shoot the ball from inside, will be areas GB will need to combat if they're to stay on course for back-to-back golds.

If GB's women play anything like they did in the first half against Germany, they'll be hard to live with. But if they perform the way they did in the second half, France will fancy their chances.

Helen Freeman top-scored with 15 for GB but Mareike Adermann fired in 27 points for the six-time defending champions.

For the 12th consecutive time, Germany will meet the Netherlands in the final.

Meanwhile, Great Britain's men kept their hopes of defending their European Wheelchair Basketball title alive by overcoming Poland 89-56 to advance to the semi-finals.

GB won the title for the first time in 16 years when they defeated Germany in Nazareth, Israel, two years ago.

They will now face 2011 bronze medallists Spain on Saturday while Sweden take on Turkey in the other semi-final.