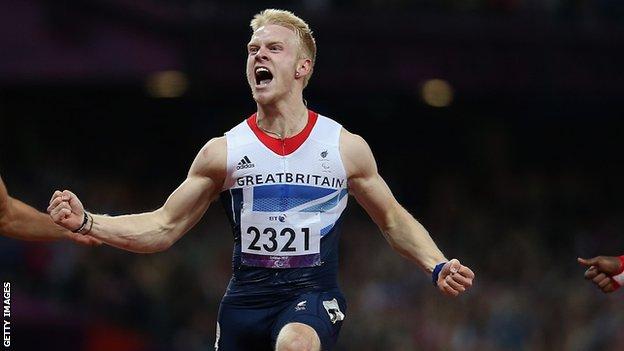 The year after the Paralympics is always pretty challenging for competitors in all sports.

If you have been successful, then the normal plan of getting back into training at the start of the winter could be seriously curtailed - especially after a home Games where the level of interest has been unprecedented.

But it is back to business for the world's leading disabled athletes who will be in action at this week's World Championships in Lyon with some hoping to add world titles to their Paralympic honours and others hoping to make a big impact on the first step to the Rio Games.

There will be some big stars in Lyon and it promises to be an exciting and intriguing nine days of competition.

Here are some of the athletes who I believe will make a big impact on the Championships.

The London Paralympic Games transformed both the on-track and off-track profile of Jonnie.

The 100m for leg amputees has always been the most hotly contested race and the differences in running between single and double leg amputees in terms of the ability to get out of the blocks and get to top speed are quite different.

Although he had broken the 100m world record a few weeks before the Games, no one was quite sure whether he would be able to win gold. There was so much hype going on in the race with the rivalry between Jerome Singleton and Oscar Pistorius. But he stayed out of all of that .

His ability to silence the 80,000-strong crowd by raising his finger to his lips after there had been a false start has been quoted by every experienced commentator as being unique and never happened at any elite level before.

He won in emphatic style in one of the races of the Games but it means he will be the man to beat in Lyon and he will be expecting to rise to the challenge once again on the big stage. 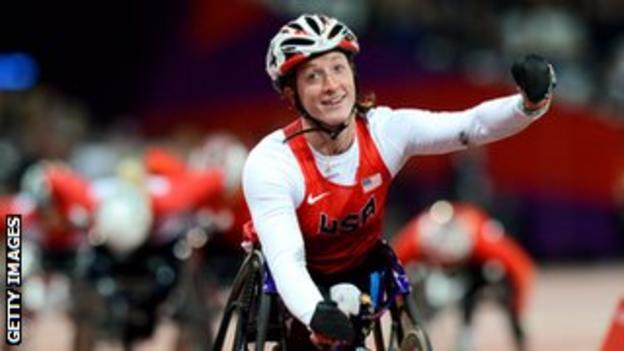 Where David Weir was the star of male wheelchair racing at London 2012, Tatyana was definitely the female star with three gold medals.

Russian-born, but living in America since she made her Paralympic debut in Athens aged 15 and although she started very much as a sprinter, over the past four years she has expanded her repertoire to include longer-distance events and the marathon.

Earlier this year, she won both the Boston and London Marathons in the space of seven days.

As well as being a top-class athlete, Tatyana is also known for her campaigning. She sued her County Public School System for the right to compete in competition at the same time as non disabled runners, a decision that has been considered controversial and has been outspoken about the ban on Americans adopting from Russian orphanages.

One of her biggest rivals in Lyon will be her younger sister Hannah, who was adopted from Albania. The pair were the only sisters to compete against each other in the same event in London - the 100m with Tatyana finishing third and Hannah eighth. 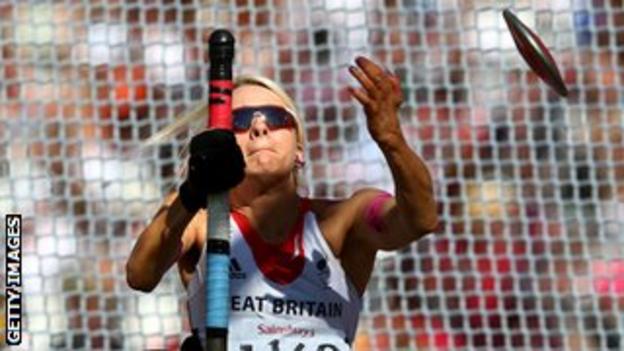 Josie's route through to field events (and discus gold in London) came via wheelchair rugby and track racing.

She created history in Beijing by becoming the first female to play with the GB wheelchair rugby team at the Paralympic Games - a little over five years after the car accident that left her a quadriplegic.

After that, she dabbled in wheelchair racing and competed at the 2011 IPC World Championships, although that was a difficult experience, but it is in the field events where she has found her niche

Her experience and level of training in the other sports have propelled her forward at a rapid rate but she is also a focused and determined athlete who has high expectations for her personal performance.

Competing in a combined classification means the distance the athlete throws is compared to the world record for that class. It can sometimes be hard to track some of the competitions that athletes from different classes take part in to see where newer athletes are coming from but Josie know that she will need to be on top form to come away with a medal. 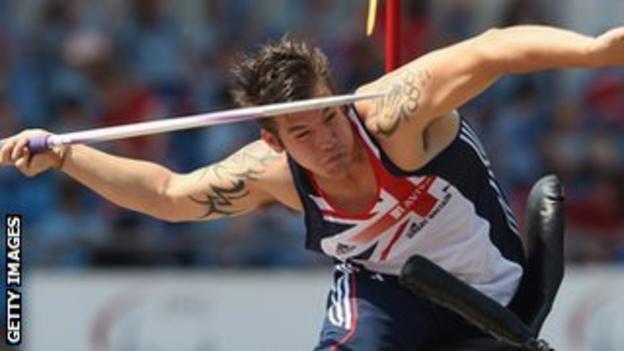 Nathan is one of a select number of athletes who have competed at both a Summer and Winter Paralympics having competed at the 2006 Turin Winter Games in sledge hockey before competing at both the Beijing and London Games in the field events.

But he is going to Lyon as defending javelin champion and hoping to prove a point.

London was a massive disappointment for him. His first throw in the Olympic Stadium left him in 10th position but his two further throws were deemed illegal for lifting his leg off the throwing frame

I saw him after the competition and he was devastated because the Games meant so much to him. 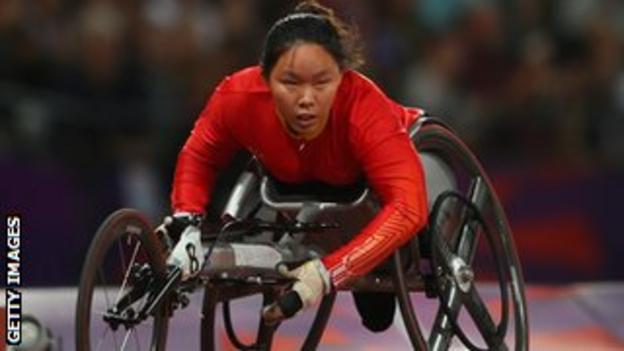 China topped the athletics medal table at last year's Paralympic Games and were also the leading nation at the last World Championships in New Zealand and they will be the favourites to do so again in Lyon.

Huang, who is one of many talented Chinese wheelchair racers, burst onto the scene in 2007 and won three golds in Beijing in the 100, 200 and 4x100m relay in front of her home crowd.

Before then, she was virtually unknown on the international scene but Beijing marked her out as one to follow.

She enjoyed more success in London with golds in the 100 and 200m, as well as bronze in the 400m and silver in the 800m and she will be aiming to continue her dominance over the sprints but it is also interesting to see the Chinese athletes competing in the more tactical races over the longer distances.

Chinese athletes rarely compete outside major international championships and the trials for the London Games were rumoured to have had more athletes competing than the overall number who competed in London. 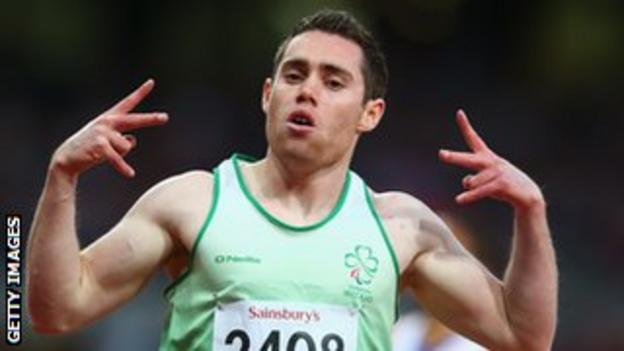 Jason, who is visually impaired, goes into the World Championships as the fastest Paralympic athlete on the planet with a best of 10.46 seconds, although he has run 10.22 seconds in sighted competition, and he will want to show everyone that he is the one they have to beat.

Having missed the last World Championships in New Zealand because of a back injury, he will be very keen to add the world titles to his Paralympic honours.

But the build-up to Lyon has not been without controversy with the admission that his training partner Tyson Gay, who he has spent time training with in Florida, has failed a drug test.

He said in an interview earlier this week that his job in Lyon is to perform and he is trying not to get distracted but he is the class athlete in his category and nothing less than two golds will do.