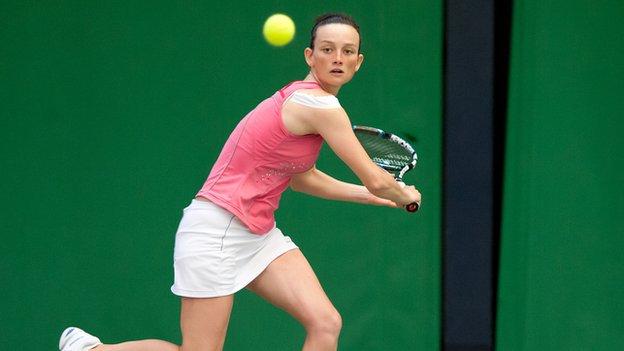 Britain's top deaf athletes will hope to enjoy success when they take part in the Deaflympics in Bulgaria from 26 July to 4 August.

The event, originally known as the World Games for the Deaf, was first held in Paris in 1924 and now includes almost 5,000 competitors.

A team of 49 British competitors will be in action across eight sports.

GB finished in 26th place in the overall table with 10 medals, including one gold, at the 2009 event in Taiwan.

The team will be competing in athletics, badminton, cycling, karate, shooting, swimming, tennis and women's football.

The squad operates on a lower budget to the British Paralympic team, which had had an impact on the preparations for Sofia.

"Although the International Olympic Committee recognises the Deaflympics on a par with the Paralympics, clear pathways and the associated funding is not in place," explained UK Deaf Sport's Gordon Hay.

"British deaf athletes are therefore trying to maintain high performance standards without the support and recognition given to Paralympic athletes.

"This clearly affects their ability to achieve their full potential and produce the best results as very limited support is provided for their training, preparations, or competition participation.

"For example, GB's Deaflympics representatives in cycling, shooting and karate will be competing without coaches to support them during the event."

Among the tennis team is Catherine Fletcher who won gold in the mixed doubles in Taiwan alongside Anthony Sinclair, and who will be competing at her fifth Deaflympics.

Fletcher, who is the newly appointed GB deaf tennis coach, is joined in the squad by her husband Lewis, Peter Willcox and Deaflympics debutants Bethany Brookes and Jack Clifton and believes the tennis team can enjoy success in Sofia.

"I'm very excited by the blend of youth and experience we have on the team," she said.

"This is likely to be my last Deaflympics as a player, while Lewis and Peter are also both experienced international players.

"As the three of us have progressed over the years, we've been so excited about the future for the younger players too, and both Bethany and Jack have made tremendous starts to their international careers over the last two years.

"We are all looking forward to doing Great Britain proud."