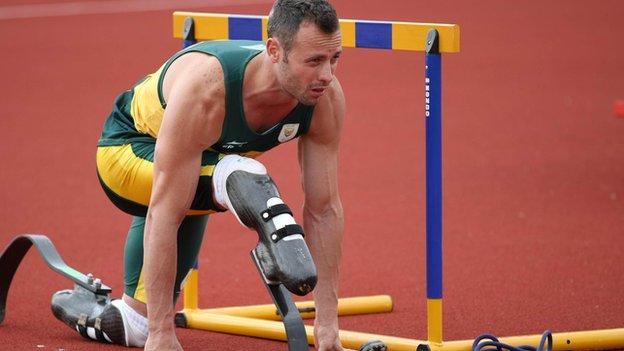 Oscar Pistorius will be "missed" when the IPC Athletics World Championships begin in Lyon on Saturday.

"Any great athlete is missed but London brought forward so many new stars who will be talked about," said Craven.

Pistorius, a six-time Paralympic champion, was spotted training in April but his management company later revealed he would not return to competition before standing trial for the murder of Steenkamp, who died of gunshot wounds at his home in February.

"We still think so much about Reeva Steenkamp and what happened to her, but this is something that is outside of sport," said Craven.

Among the athletes that Craven thinks will shine in Lyon are Great Britain's Jonnie Peacock, who won the T44 100m at the London Games in 2012, and Brazilian Alan Olivera, who triumphed in the T44 200m.

"That will be a great race," he said.

Britain has numerous medal hopes, among them Hannah Cockroft, who won two golds in London last year in the T34 100m and 200m.

The 20-year-old is bidding to retain her 100m and 200m world titles when the championships start on Saturday. They run until Sunday, 28 July.