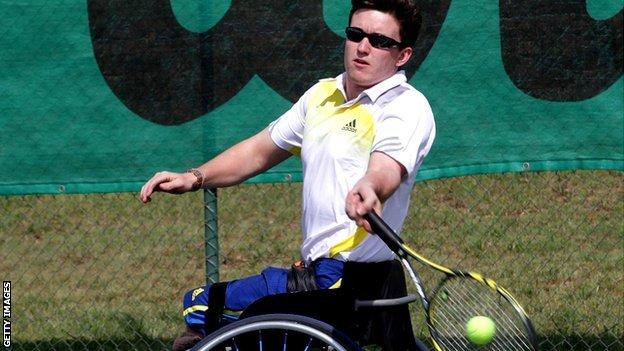 Reid, 21, went down 6-2 5-7 6-1 in Nottingham as Houdet progressed to a final against Belgian Joachim Gerard.

Germany's Sabine Ellerbrock battled past Aniek Van Koot of the Netherlands 0-6 6-2 7-5 in the women's quad final.

Sithole became the first player from Africa to win a Super Series event, and said: "It's an incredible feeling and I'm very proud to be the first African to do it.

"Hopefully it inspires other wheelchair tennis players in Africa to keep working hard.

"It was a big relief to have won as he fought hard and now I have to focus on building on this performance ahead of the US Open in September."