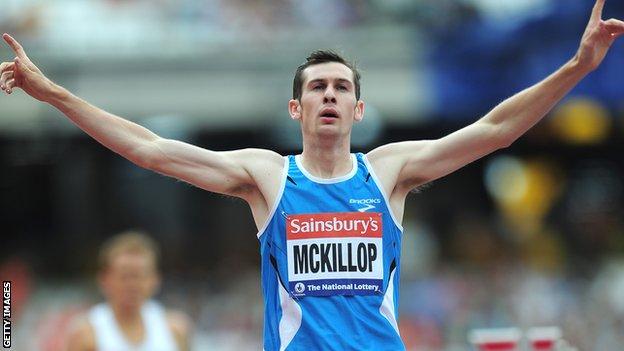 Michael McKillop cruised to victory in the T36/37 800m race at the Paralympic Anniversary Games in London on Sunday.

The Glengormley athlete, who won two golds at the Paralympics last year, clocked a time of 1:58.67.

It completes a superb week for McKillop after he won two gold medals at the IPC World Championships in Lyon.

"It's been unbelievable, life doesn't get much better when I have the chance to run in this stadium again," said McKillop after his win.

He added: "This is where I found myself and discovered myself as an athlete, it pushed on to Lyon and it's just incredible to be back here.

"Hopefully in 2017 I'll be back here for the World Championships."