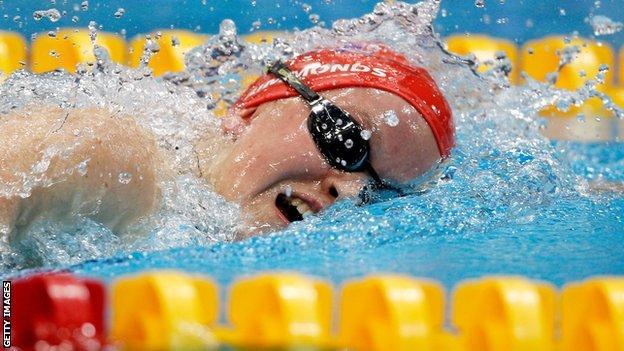 Montreal will be hosting the sixth IPC Swimming World Championships from Monday and, with memories of London still in the forefront of everyone's mind, the pressure is on for a successful and momentum-building event.

For the athletes, the first major championships after a Paralympics is always testing following extended breaks and lulls in motivation. But it can also act as a booster for the long training cycle into Rio 2016 and is a great chance to see any new emerging talent from other nations.

Canada has always had an enthusiastic approach to Paralympic sport and I am sure they will put on a great show in Montreal.

Here are some of the athletes who I believe will make a big impact.

Ellie was the poster girl of the London 2012 Paralympics, but it was her outstanding performances four years earlier in Beijing, where she won two gold medals at the age of 13, that propelled her into the limelight .

In London she proved her maturity and dominance as a world-class athlete by adding another as well as a silver and bronze to her collection.

Over the past 12 months, Ellie has taken full advantage of the London aftermath, attending glamorous award evenings, premieres and demonstrating her impressive culinary skills on the Great British Bake-Off.

But, like all full-time athletes, the parties do not last long before it is back into hard training. And even Ellie has admitted that finding motivation to get back in the pool has been tough since London.

However, that has not stopped the 18-year-old from challenging herself at the World Championships in Montreal. She will be racing in six events, including the 400m freestyle and 200m individual medley - disciplines in which she holds the world record - and also in the 50m and 100m freestyle, the 100m backstroke and 100m breaststroke.

There is no doubt that Ellie will face some tough opposition out in Montreal and with all things considered over the past year, expecting world records to fall will be a tough ask. But Ellie is a true professional and will be going into these championships with the intentions of reaching the top of the podium once again.

Josef was the surprise package at the London Paralympics, in superb fashion and smashing the world record - not bad for a 15-year-old at his first major international championships. 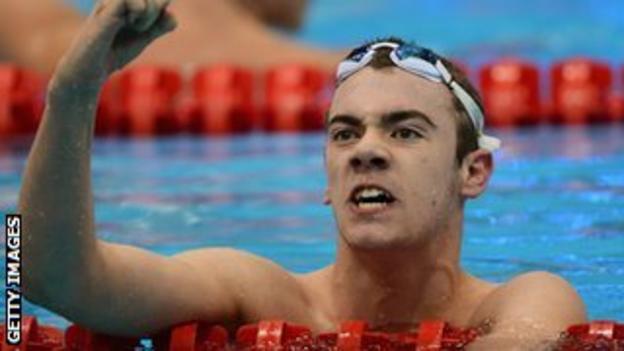 He was further rewarded by winning the 2012 BBC Young Sports Personality of the Year, following in the footsteps of team-mate Ellie Simmonds four years earlier.

The youngster from Tyneside has shown impressive form since London, breaking his 400m freestyle world record again at the British Swimming Championships in June.

Fierce rival and team-mate Jonathan Fox also dipped under the old world record time behind Josef, which sets up a fascinating opening day of the championships when the two Brits will go head to head for the world title.

Josef will also be competing in the 50m and 100m freestyle and will hope to be a part of the men's 34-point medley relay which will be an exciting climax to the final day.

Amy made her international debut in London and was one of the British teenagers who stepped up their game there, reaching the final of the 400m freestyle, where she finished fourth, and the 100m backstroke, where she was sixth. 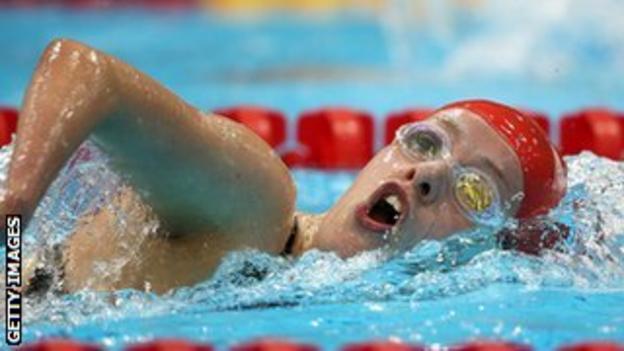 But it is her performances post-Games which have really shaken up her S9 category. At the World Championship trials in April this year, Amy broke the European record in the 200m IM as well as achieving the qualification time for Montreal in the 50m, and 100m freestyle, 100m backstroke and 100m butterfly.

The S9 category has always been one of the most competitive in the pool with South African Natalie Du Toit the dominant figure. However Du Toit's decision to retire after London 2012 has left a huge window of opportunity for the young Briton who has been edging ever closer to the world records set by the South African.

Marren will turn 15 the day after her 200m medley final at the championships so I'm sure she will be hoping for a double celebration.

Ollie has always followed in the footsteps of his older brother Sam who won gold at the Beijing Paralympics in 2008. But in London it was Ollie that reached the top of the podium in the 200m medley, beating his brother and Chinese rival Wang Jiachao to win gold. 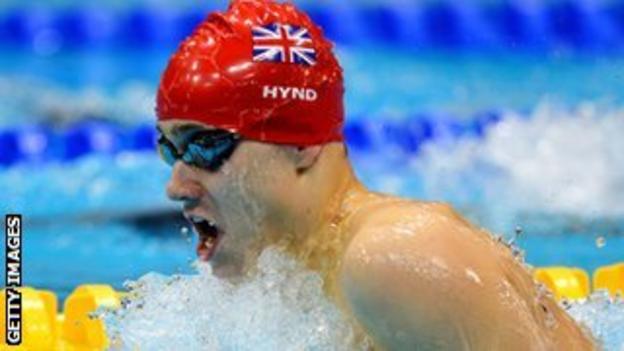 Ollie excels in all four strokes which he works on tirelessly with his coach Glenn Smith at their Nova Centurion training base and both have high ambitions for these championships as well as Rio 2016.

Montreal will be Ollie's first World Championships and a world title is the only achievement missing from his rapidly growing record.

His successes are no surprise as one of his sporting idols is Michael Phelps - Ollie also loves preparing for races with big headphones on.

Brazil may have double amputee sprinter Alan Oliveira as their track star but in the pool it is all about Daniel Dias. The S5 athlete broke four world records in London and won six golds, which gives him a total of 15 Paralympic medals. 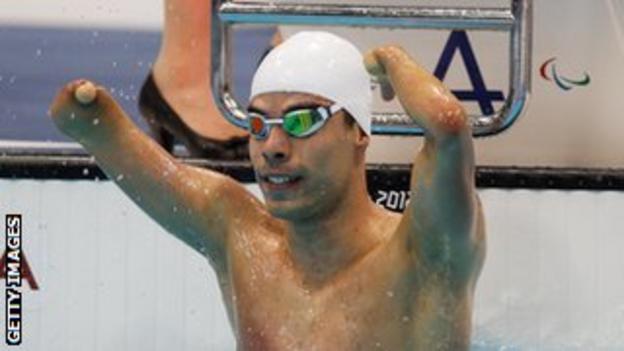 Dias has been very positive about his training since last summer and continues to remain focused on the four-year cycle to Rio 2016.

He will be one of the poster athletes of his home games so inevitably there is a huge amount of pressure on his shoulders to perform in the years leading up to the Games. He will be defending his world title in seven events in Montreal.

However, Britain's Andrew Mullen has been moving his way up through the S5 rankings, particularly in the 50m backstroke and 200m medley, so will be pushing Dias all the way.

Long is often acknowledged as the Michael Phelps of Paralympic swimming for the range of events she competes in and the success she has achieved over the past nine years. 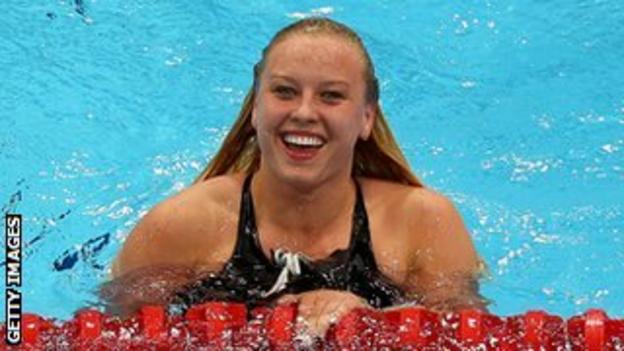 Adopted from a Russian orphanage aged 13 months, she had her legs amputated below the knee soon afterwards.

But barely a decade later, the then 12-year-old won three gold medals at the 2004 Athens Paralympics.

In Beijing she won four golds, and bettered that with five in London.

Long will hope to continue her long standing reign at the top of the S8 category in Montreal.

However, British newcomer Stephanie Slater has been showing some exciting form this year and will be a fierce competitor.

The US team are renowned for their strong performances in the pool, and Long being one of the more experienced members of the team, even though she's only 21, will sure to be offering her support to younger team-mates and play a vital role in contributing to the team's medal count.

The home crowd in Montreal will be right behind Benoit Huot at these championships as one of Canada's biggest medal hopefuls, following his long and illustrious career in the pool. 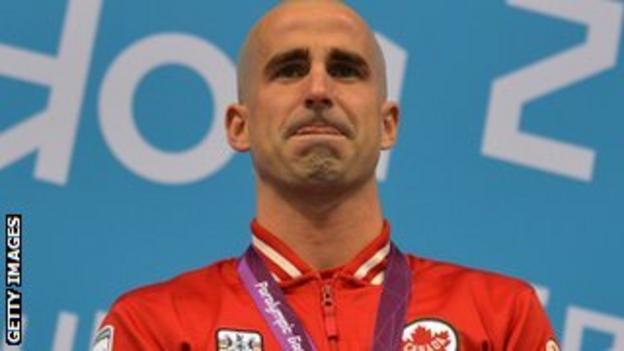 Benoit's first major championships were back in 1998 at the World Championship in Christchurch, New Zealand, where he won five medals including gold in the 1500m open water.

Since then he has competed in every World Championships and Paralympic games to date, including London where he won gold in the 200m IM, silver in the 400m freestyle and bronze in the 100m backstroke.

Now 29 years old he is a well-known name in Canada and was added to the country's Disability Hall of Fame in 2011.

Benoit also plays an active role in the community - supporting amateur athletes, active families and promoting the power of sport to the local youth.

On the opening day of the World Championships, he is running a swim clinic to help bring in more publicity and media attention to the Championships as well as offering his expertise to the local people.