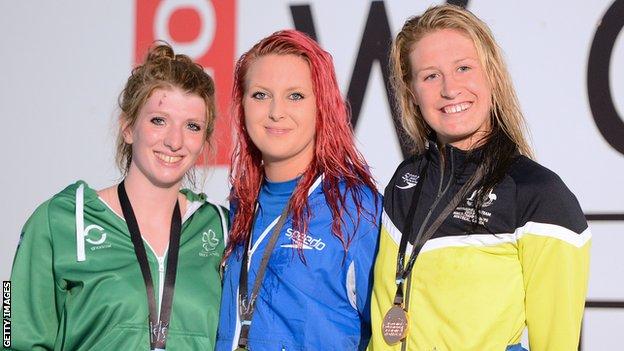 Bethany Firth has secured a second silver medal at the IPC World Championships in Montreal.

Firth won the backstroke event at the London Paralympics but Dutch swimmer Kulk led the qualifiers in Canada.

The local teenager won silver in the 200m freestyle event on Monday behind Britain's Jessica Applegate.

County Down teenager Firth has clocked 1:05.76 for the event this year, over three seconds faster than her gold medal swim in London 11 months ago.

That came when she finished third at the overall Irish Championships in Dublin.