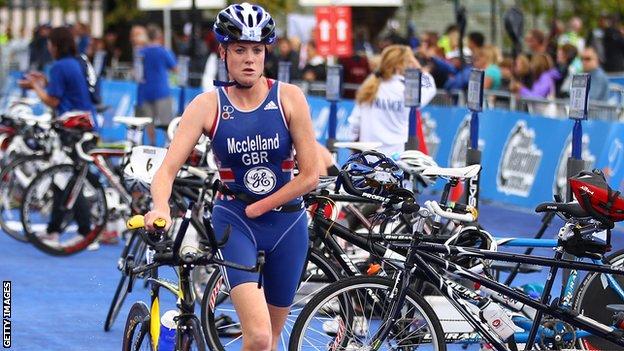 Faye McClelland won her fourth paratriathlon world title in as many years as she led home a British one-two-three in London's Hyde Park.

Paratriathlon will become a Paralympic sport for the first time at Rio 2016.

British domination of triathlon already extends to the Paralympic wing of the sport, where athletes have been funded by UK Sport since the discipline was voted into the Games in 2010.

Steadman switched sports following her appearance in the pool at London 2012, while Cunningham won gold at Barcelona 1992 and spent a decade away from elite sport before taking up paratri in 2008.

McClelland, who has won each world title in her category since 2010, missed most of 2013's major races while she wrote her university dissertation - but still proved too strong for her team-mates at Hyde Park.

The Tri 4 category, in which the three compete, includes athletes with arm impairments.