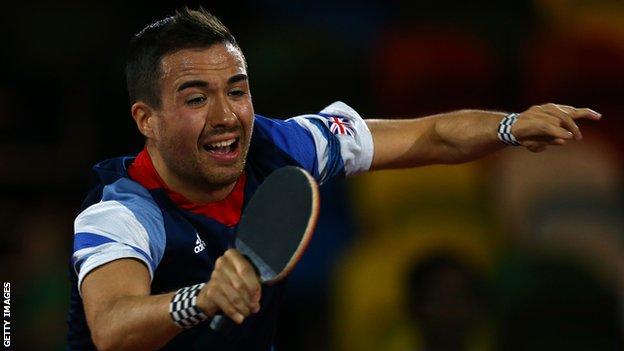 Para table tennis player Will Bayley says he will benefit from his European Championships experience, despite missing out on a gold medal.

The 20-year-old from Tunbridge Wells lost 3-1 to Ukraine's Mykhaylo Popov in the class seven final.

Bayley told BBC Radio Kent: "For me to get to a final again is a massive achievement.

"I have made three major finals in a row. I don't think a lot of players in the world could say they've done that."

"All the top 10 players in the world are from Europe and every mach after the group was against a top 10 player.

I can't be too hard on myself although I am a winner and want to win everything. I have to take the positives

"They are all full-time professional players and I had to fight every match.

"I gathered momentum and always had belief in myself. That is what makes the difference.

"To make another final is not easy."

Bayley says reaching another major final will stand him in good stead as he targets victory at the World Championships next year.

"I am getting more used to getting to a final and being there and I am sure I will win another final soon," he said.

"We have the World Championships next year and I want to win the gold medal.

"I know I can do it. I have only played one World Championships before and am quite inexperienced.

"I can't be too hard on myself although I am a winner and want to win everything. I have to take the positives."