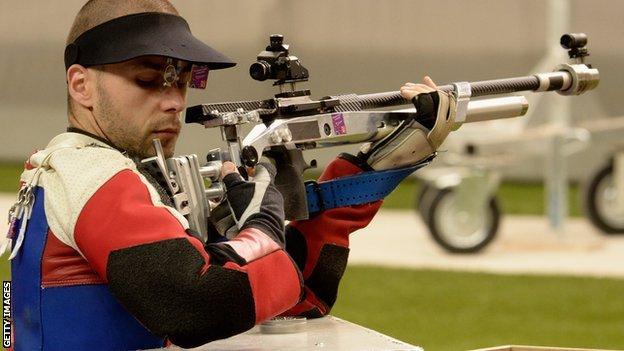 The 28-year-old from Peterborough made up for missing out on a medal in the 10m air rifle prone with victory in the 50m event.

Skelhon set a new world and European record of 206.9 to beat Sweden's Jonas Jacobsson by just 0.1.

"I don't think it could have gone any better," said Skelhon.

"Pre-event training went really well and everything was perfect."

Skelhon, the 2008 Paralympic 10m air prone champion, had finished fourth in that event earlier in the week and is now focused on next July's World Championships in Germany.

There was also a silver for the team of Georgie Callingham, James Bevis and Tim Jeffery in the 10m air rifle prone event.

It meant the GB team finished with seven medals, including two golds, from the event.