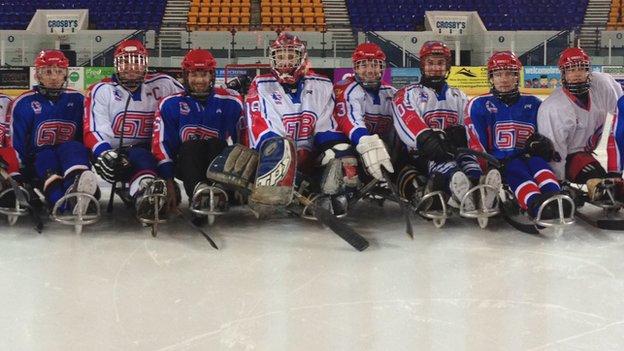 The 8-2 loss against Japan followed 8-0 and 7-0 defeats to Italy and Sweden respectively this week in Turin, Italy.

Although GB have two group fixtures remaining, they cannot secure the top-three finish needed to progress.

The last time GB qualified for for the Winter Paralympics was Turin 2006, where they finished seventh.

Matthew Clarkson and Gary Farmer scored for GB, while Kazuhiro Takahashi and Wataru Horie scored twice each for Japan, who had also lost their first two group matches.

Before the tournament, captain Ian Warner said: "I've never been so excited and I believe we have a really big chance [of qualifying] because the squad is so strong at the moment."

GB face Korea on Friday before taking on fellow strugglers Germany on Saturday.