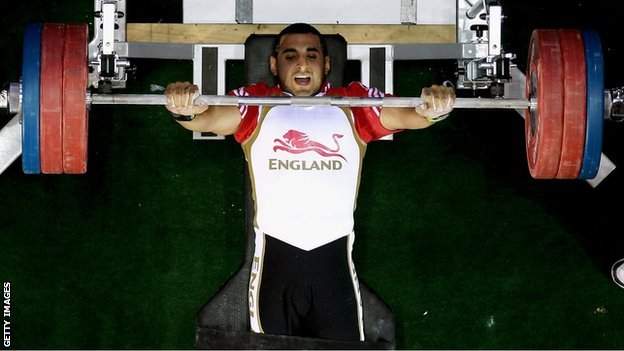 The 24-year-old Londoner lifted 185.5kg - more than three times his bodyweight - in the -59kg class in Malaysia to beat the previous best mark by 10.5kg.

"To break a world record is something many athletes can only dream of," said the Leeds-based lifter, who competed at the Beijing and London Paralympics.

Jawad, who was born without legs, also suffers from Crohn's disease.

"I am thrilled by my performance and it is a great stepping stone to the World Championships next year," said the Lebanese-born lifter, who competed at judo before switching to powerlifting in 2006.

But at the London Paralympics 2012, he missed out on the bronze medal to Chinese lifter Wang Jian on his rival's lower bodyweight - Jawad's superior final effort having been judged a no-lift.

British Weightlifting performance director Tommy Yule added: "I couldn't be more pleased for Ali. This result is testament to all the hard work put in by Ali and his coach [at Leeds Metropolitan University] Tom Whittaker.

"The improvement in his performances over the last 12 months have been phenomenal and I'm sure there is more to come. It's exciting to see just how far Ali can go."

Jawad is one of five British athletes competing in Kuala Lumpur, including fellow Paralympian Natalie Blake and ex-serviceman Micky Yule.