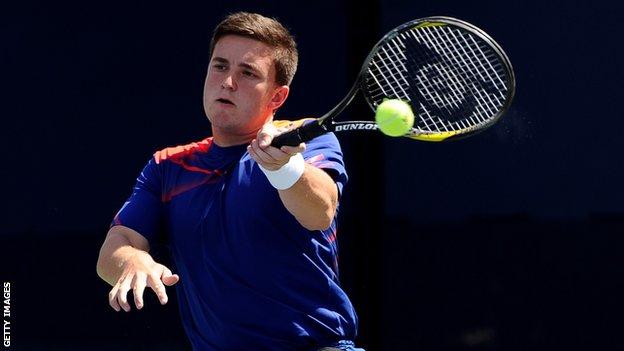 British wheelchair tennis duo Gordon Reid and Andy Lapthorne both missed out on the final stages at the end of season Singles Masters.

Fourth seed Reid saw his hopes of a men's singles semi-final place end in California after a 4-6 7-5 6-4 loss to Argentina's Gustavo Fernandez.

The Scot needed to beat his rival, ranked one place below him, to advance.

Sithole won 7-5 6-1 to set up a final meeting with top seed David Wagner of the USA.

Reid had got his campaign off to a good start on Tuesday with a 6-1 6-2 win over France's Nicolas Peifer, but suffered a heavy defeat to world number one Shingo Kunieda of Japan in his second match.

He had been hoping to become the first Briton to reach the men's semi-finals at the event.

However, Reid and his partner Stephane Houdet of France made a promising start to their Doubles Masters campaign with a 6-0 6-1 win over Japan's Satoshi Saida and Sanada Takashi.

Later on Friday in the women's singles, Jordanne Whiley, who still has a chance of reaching the semi-finals, takes on compatriot Lucy Shuker, needing a victory to have any chance of progressing.