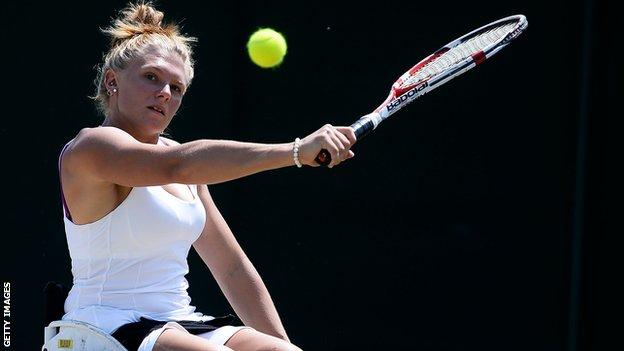 Jordanne Whiley has been beaten in the semi-finals of the end-of-season Singles Masters in California.

The 21-year-old world number seven was defeated 6-2 6-0 by defending champion Jiske Griffioen in the last four.

Whiley had become the first British female wheelchair tennis player to make the semi-finals of the tournament.

A Briton will play in the doubles final with Whiley and her Japanese partner Yui Kamiji facing Lucy Shuker and Dutch player Marjolein Buis in the last four.