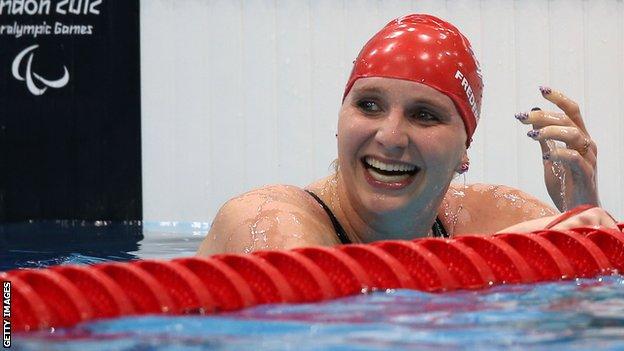 Double Paralympic swimming champion Heather Frederiksen has retired at the age of 27.

A talented open-water swimmer, Frederiksen was left with reduced mobility after an accident in 2004.

The Lancashire woman returned to Paralympic competition in 2007 and won gold in the S8 100m backstroke in Beijing in 2008 and London in 2012.

"It was a tough decision to make but I haven't been in the best of health for the past two seasons," she said.

"I knew I had to put recovery and my health first. I've recently got married and am expecting my first child and I can't wait to be a mummy."

As well as her two gold medals, Frederiksen also won five Paralympic silvers and one bronze but the low point of her career came in 2009 when she failed a drugs test after using an inhaler during an asthma attack and was given a six-month ban.