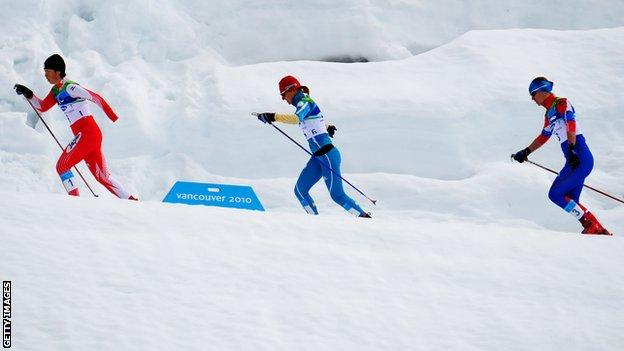 The Winter Paralympics started in 1976 in Ornskoldsvik, Sweden featuring 198 athletes from 16 countries.

The Games featured alpine and Nordic skiing for amputee and visually impaired athletes and a demonstration event in sledge racing.

The 2014 Winter Paralympics run from 7-16 March in the Russian Black Sea resort of Sochi - the first time that a Paralympic Games has been held in Russia and is expected to feature over 600 athletes from 44 countries.

BBC Sport gives you the details of the sports. 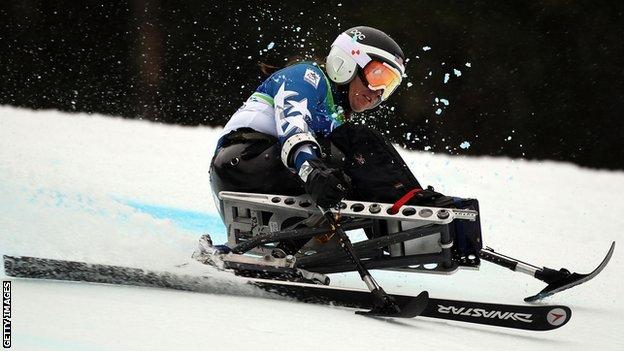 There are five disciplines in alpine skiing - downhill, super-G, giant slalom, slalom and super combined and there are three categories of racer - visually impaired, standing and sitting.

Visually impaired skiers use a guide who skis ahead of the competitor and gives instructions on the course via a headset, standing skiers with upper limb impairments use the same equipment as able-bodied skiers while those with a lower limb amputation can use one or two skis and a stabiliser that rests on the snow to aid balance instead of ski poles, while sit-skiers use a specially adapted mono-ski.

Downhill has a vertical drop distance of between 450 and 800m with competitors required to pass through a series of red gates which are used as checkpoints during the descent.

Super-G is a event between downhill and giant slalom with the course marked with a minimum of 30 alternating blue and red gates.

Giant slalom gates are closer than those in the speed events and the competition is contested over two rounds using the same slope but different courses.

Slalom is competed over two heats on the same slope but different courses. The number of gates varies and the event requires agility and dexterity.

Super combined consists of two runs - a downhill and a slalom with the winner clocking the lowest aggregate time.

Snowboard cross is making its Paralympic debut in Sochi with men's and women's events for athletes with lower limb impairments. Each athlete completes three runs down the course with their finish time of their best two runs determining the final order based on ascending time. There is only one rider on the course at a time. The event takes place on a man-made course constructed from a variety of terrain features like bank turns, various types of jumps and rollers etc.

A total of 191 athletes from 37 countries took part in the alpine skiing events at the Vancouver Winter Paralympics in 2010.

Richard Burt won a silver and three bronzes for GB in visually impaired skiing events at the 1992 and 1994 Games while Matthew Stockford won four bronzes across both Games. 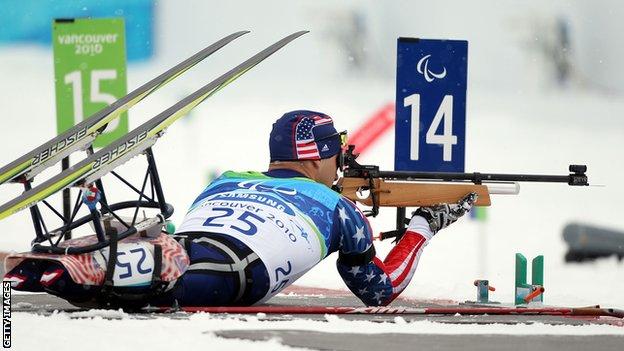 The biathlon combines cross-country skiing and target shooting. Athletes ski three 2.0 or 2.5km legs three or five times in the free technique for a total race distance between 6-15 km and must also fire at two targets located at a distance of 10m. Each miss is penalised by an increase in the overall route time.

Athletes with visual impairment are assisted by acoustic signals, which depending on signal intensity, indicate when the athlete is on target.

The first biathlon medals were awarded in Lillehammer in 1994.

Russia won 16 medals in the sport in Vancouver in 2010, including five golds. 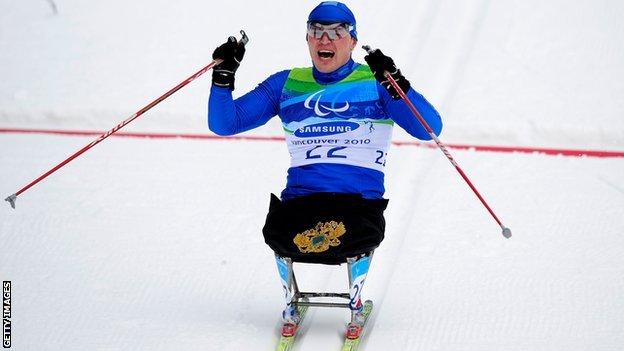 Cross-country skiers compete in individual events over short, middle and long distances ranging from 1km to 20km and can also compete in team relays using classical or free techniques.

Visually impaired skiers compete with a guide, while athletes with a physical disability compete using either a sit-ski or standing using one or two skis and/or poles.

Cross-country skiing made its Winter Paralympic debut in 1976 in Sweden.

Peter Young won two bronze medals for GB in cross country skiing in Innsbruck in 1984 and Lillehammer in 1994. 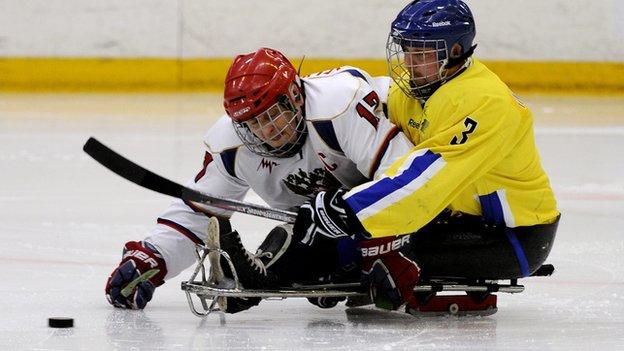 Sledge hockey, which made its debut at the Lillehammer Winter Paralympics in 1994, is a version of ice hockey for athletes with a lower limb disability.

Many of the rules are the same as ice hockey - the main difference is that athletes use specially designed sledges fitted with two blades to propel themselves across the ice and which allow the puck to pass underneath while they also have two playing sticks which are used to push around the court and also to control and shoot the puck.

The game is comprised of three periods, each 15 minutes in length and six players are allowed on the court at any time with a total of 15 players making up a team. 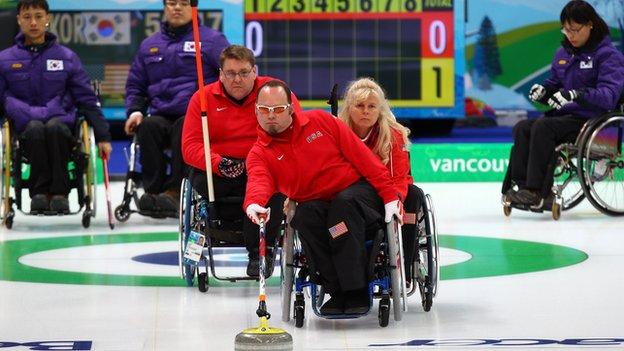 Wheelchair curling made its Winter Paralympic debut in Turin in 2006 and is a mixed team sport made up of four players.

The sport is similar to its able-bodied equivalent but there is no sweeping.

The object of the game is to slide stones with handles across the ice, aiming for them to come to a stop on a target, called the house.

The lead delivers the first stone and play continues with each athlete delivering two stones alternating with the opposing team. Placing the stone inside the house means earning a possible point and the team that places the most stones closest to the centre of the house wins the point.

The stones can be delivered conventionally or by the use of an extender cue.

Ten teams will compete in the sport in Sochi.

Great Britain won silver in Turin - Angie Malone and Tom Killin were part of that GB team and are hoping for more success this time around.