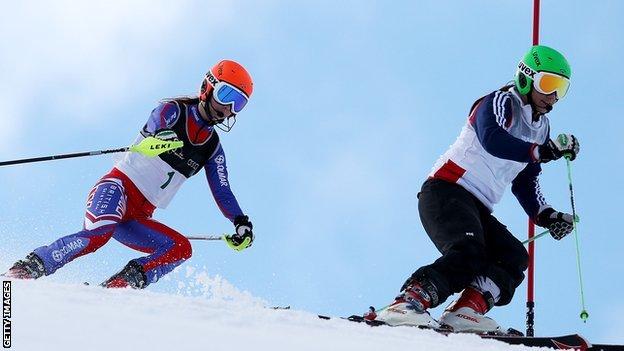 Etherington and guide Caroline Powell missed out on gold by one-hundredth of a second.

The pair clocked one minute 30.22 seconds, just behind Russia's Alexandra Frantseva and her guide Pavel Zabotin.

Gallagher and guide Charlotte Evans were third in 1:32.60.

Etherington, 22, and Powell, 19, led by over a second after the first slalom run but lost time on the second run allowing Frantseva, who won three world titles last year, to take the victory.

Both Etherington and Gallagher are set to be included in the GB ski team for the Winter Paralympics, which will be named on Thursday, with the Sochi Games starting on 7 March.