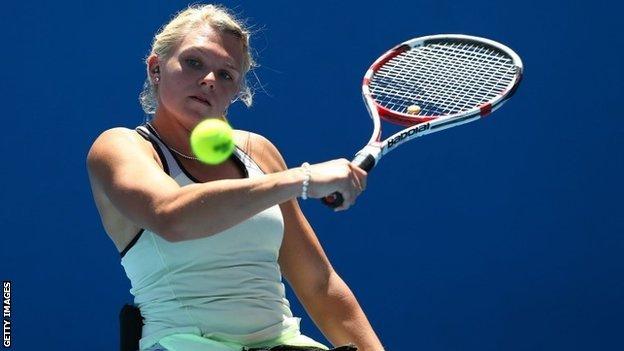 "I was so nervous but I did what I had to do to win," the Paralympic doubles bronze medallist said afterwards.

The Scot, who moved up to number three in the world in this week's rankings, had the misfortune to be drawn against his Japanese rival in the last eight and although he had chances to take the first set, Kunieda won it and went on to dominate the second set.

Shuker failed in her bid to join Whiley in the semi-finals after losing 6-1 6-2 to another Dutch player Jiske Griffioen while Lapthorne's opening quad singles round-robin match ended up in a 6-4 6-2 loss at the hands of South Africa's Lucas Sithole.