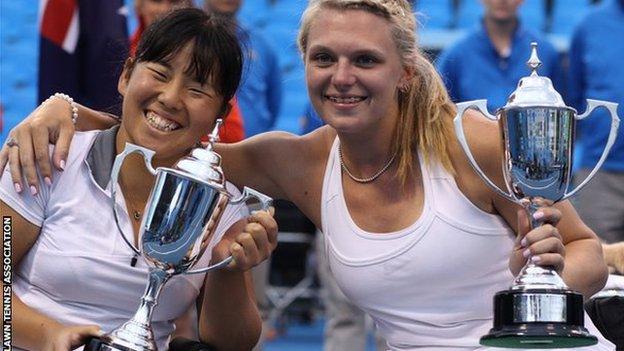 They slipped to a 6-3 6-3 defeat to top seeds Stephane Houdet of France and Japan's Shingo Kunieda.

The success of Whiley and Yui meant a second title in two days for Britain after Andy Lapthorne and American David Wagner won the quad doubles.

"It was a very close match and I was very nervous, so I'm very relieved and very, very happy to have finally won a Grand Slam," said Paralympic doubles bronze medallist and British number one Whiley.

"We are planning on playing all the Grand Slams together this year and we want to win them all."

They dropped just four points in the opening three games and took a 5-0 lead en route to taking the opening set.

Buis and Griffioen fought back to take the second set on a tie-break, but Whiley and Yui broke their opponents twice in the decider to secure the title.

The men's wheelchair doubles final loss was the first defeat for Reid and Dutchman Scheffers in 2014 after they had won their first two tournaments of the season in Sydney and Melbourne.