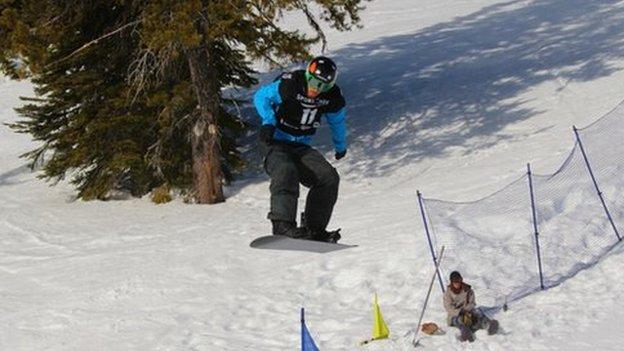 Robinson suffered the injuries in the finish area following his first run at La Molina on Wednesday.

The 29-year-old was airlifted to hospital for surgery on Thursday.

He is now awake and responsive but remains in intensive care, the IPC confirmed in a statement.

Robinson's parents and fiancee are travelling to Spain to be by his side.

Australian Paralympic Committee chief executive Jason Hellwig said: "Our thoughts and best wishes are with Matthew, his family and his teammates as he continues to fight hard in hospital.

"We are doing everything we can to ensure Matthew and everyone around him receives the support they need."

Robinson, the current leader of the IPCAS World Cup rankings, has an arm impairment and competes in the upper-limb classification.

Para-snowboarding is making its Winter Olympics debut in Sochi next month but only for athletes with lower-limb impairments.