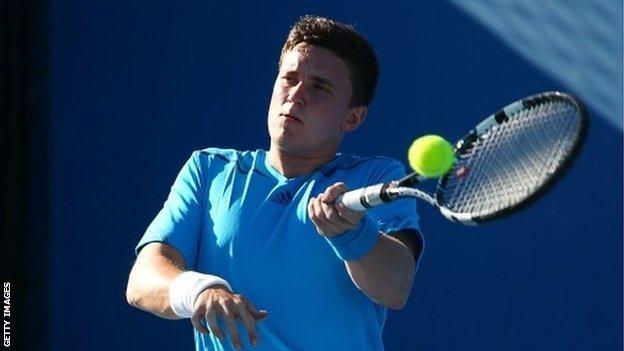 He then teamed up with Hewett to win the doubles crown.

Burdekin was a 6-2 6-0 winner over fellow Briton Adam Field in the quad singles final and then added to that with doubles win with Ryan MacDonald.

Scotland's Reid, 22, won the first three games and the last three games of the opening set of his final against his 16-year-old opponent and then dropped just the second game of the second set.

"I'm delighted to win today, it was a high quality match and Alfie is an up and coming player and improving all the time," said Reid.

"I tried out a few different things this week and some worked and some didn't, but I played well at the right times, so it's a good way to go enter a training block ahead of going to the USA next month."

However there was consolation for Shuker when she and compatriot Jordanne Whiley won the women's doubles.