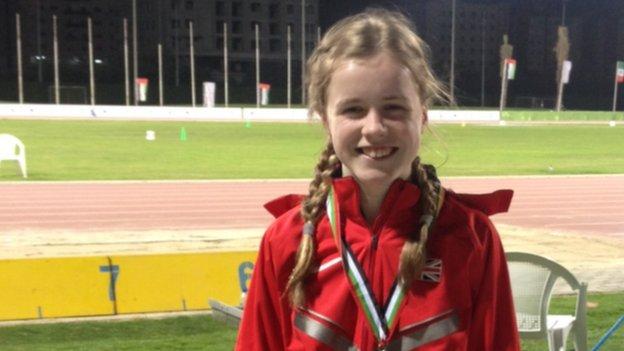 It was her first race since receiving her international classification.

Last season, Lyle regularly beat the world record for both the 100 and 200m events in her category but the records were unable to be ratified without the international classification.

At only 13 she was also too young to compete for Great Britain at the IPC Athletics World Championships in Lyon in July.

She will be hoping to make it onto the GB team for August's European Championships in Swansea.