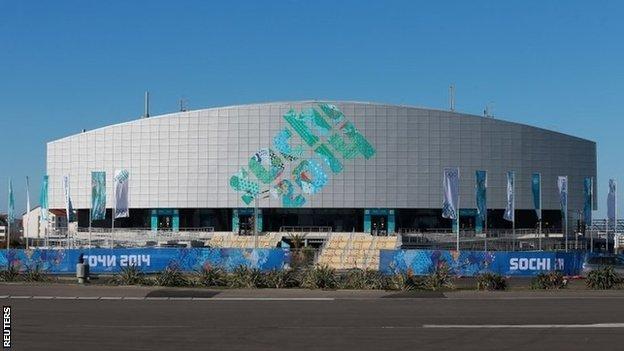 The International Paralympic Committee is confident that all the venues due to host the Sochi Winter Paralympics will be fully accessible before the start of competition on 7 March.

The Olympic Games came to an end with a spectacular closing ceremony in Sochi on Monday and venues now face a transition period to be ready.

"We hope the accessibility will be improved by the start of the Games," spokesman Craig Spence told BBC World Service Sport. "All venues have been built to IPC accessibility guidelines."

He continued: "We did our last audit in January and produced a snagging list. Some of the issues raised have been dealt with already and we have a team on the ground at the moment to iron out any problems.

"Russia has a zero track record in terms of accessibility and they have had to get up to speed in seven years but we are confident and expect everything to be ready for Games time."

Around 700 athletes from more than 40 countries are due to take part in the Games which includes five sports - alpine skiing, sledge hockey, wheelchair curling, biathlon and cross-country skiing - with the events taking place at the Shayba Arena, Ice Cube Curling Centre, the Laura Cross-Country Ski and Biathlon Centre and the Rosa Khutor Alpine Centre, as well as the Fisht Stadium, which will host both the opening and closing ceremonies.

It will be the first time Russia has hosted a Paralympic Games, the Soviet Union having opted not to host the 1980 Summer Paralympics, claiming there were no people with disabilities in the country.

The Russians have invested heavily in a barrier-free environment for the Sochi games infrastructure with the IPC hoping the system is rolled out across Russia in the future.

In November, IPC president Sir Philip Craven told BBC Sport he was concerned about ticket sales for the competition but Spence believes that the success of Russia's Olympic team, who topped the medal standings with 33 medals, including 13 golds, will act as a boost to Paralympic attendance.

"Ticket sales started sluggishly but have really picked up and we are confident of having full venues every day of the Games," he said.

"It was similar in London - a successful home team means people want to go and see the sport and see the venues, and I don't think we have ever had a Games with as big a potential to have an impact on the host country."