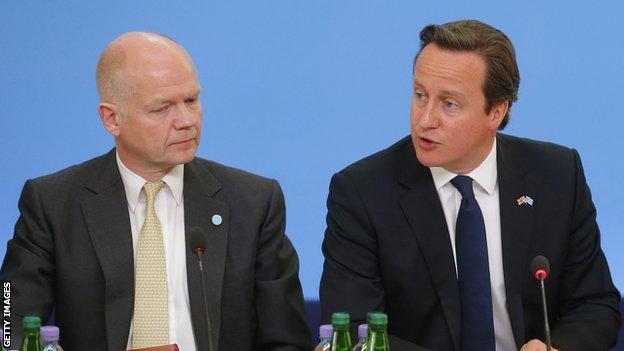 It follows the escalation of tensions between the Paralympic host nation and Ukraine with Russian forces in de facto control of the Crimea region in the former Soviet state.

British Prime Minister David Cameron revealed on Sunday he felt it would be "wrong" for UK ministers to travel to Sochi in the current climate.

Sir Philip Craven on politics and the Winter Paralympics

"We don't want anybody to pull out and we have no indication at the moment they would do so.

"We in the Paralympic movement really try to keep sport and politics apart and that's what we are achieving so far.

"39 of the 45 nations are already here, and the other six will be here by Wednesday evening and we are just looking forward to great competition."

Great Britain is not alone in not attending the Winter Paralympics, with government officials from the USA and Canada confirming they would also not be in Sochi.

"It disappoints me, mainly for the athletes from those nations who will no longer have that support here," Craven told BBC Sport.

"This is a political decision by the nations involved and it's something we have to respect, but it's not a sporting decision."

The Ukrainian Paralympic Committee said in a statement on their website that their athletes could be withdrawn should "Russian troops remain in Ukraine."

However, Craven hopes the situation does not come to that.

"Boycotting normally doesn't work, it's far better to participate, be in the event and show who you are and what you are made of," he said.

"However if a decision was taken by any nation to pull out then we would have to respect that and we would then concentrate on the vast majority of teams that remained."

Craven also insisted that tensions in the Crimea region will not impact the operation of protecting the safety of athletes, fans and officials in Sochi.

"It [the security] was extremely effective [for the Olympics] and we are looking exactly for the same thing - and we have been assured that we will get that for the Paralympics," he added.