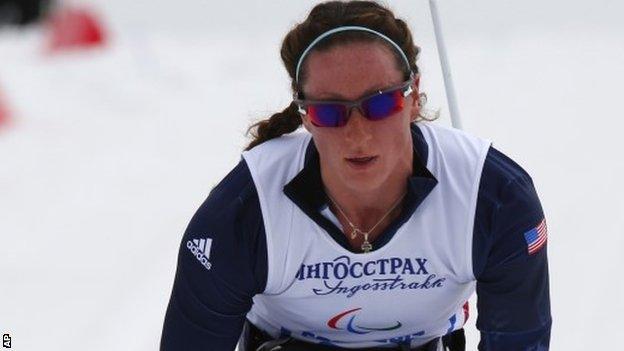 Tatyana McFadden came within 0.1 seconds of adding a Winter Paralympic gold to her three London 2012 titles in the 1km cross-country sprint.

The 24-year-old from USA, who is better known for her wheelchair racing, was pipped to the line by Norway's Mariann Marthinsen in the sit-ski event.

The Maryland-based athlete, who has spina bifida, was born in the Russian city of St Petersburg and was in an orphanage before being adopted by American Debbie McFadden and brought to the United States.

Her biological mother, along with her adopted family, watched her compete in the 12km race, where she finished fifth.

"I got to see them before I raced so I think it gave me that extra energy, an extra boost,'' McFadden said after that event. "I just raced for my family today. When I was feeling tired, in pain and frustrated I just had to think about my family in the stands.''