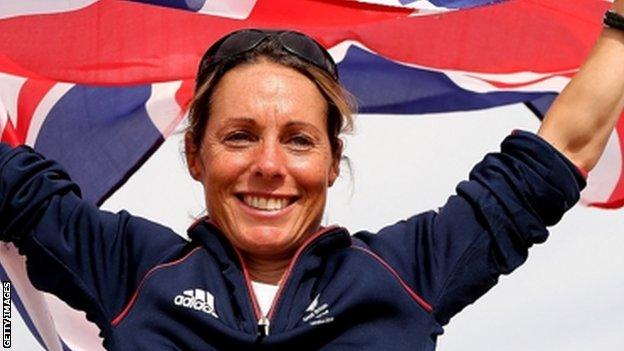 Fellow Britain Megan Pascoe followed her home in second in the 2.4mR class.

For Lucas, 39, from Weymouth, her success added to a bronze she won at the Miami World Cup in February and was sweet revenge over Pascoe.

On that occasion, Pascoe edged out her fellow Brit to take victory. Pascoe said: "It was a tougher event than Miami. Helena was sailing well."

There is great rivalry between Lucas and Pascoe, 27, who lives in Portland, with Lucas taking the only British place available in the class at the London Paralympics.

Saturday sees the conclusion of the Sailing World Cup event, with 15 British boats qualifying for the final 10-boat medal races for each of the 10 Olympic classes.