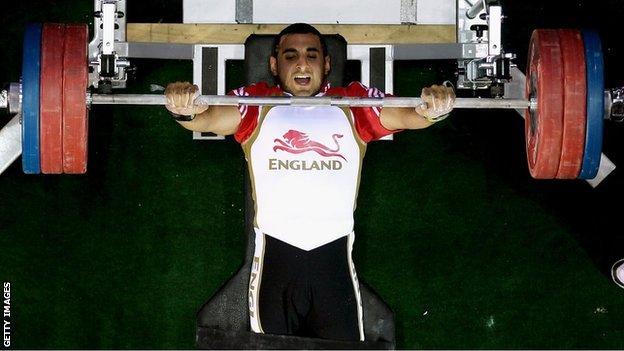 The 25-year-old saw his 185.5kg world record beaten by Iran's Hamzeh Mohammadi, who lifted 186kg, in the first round in Dubai.

However, Jawad responded in the second round by setting a new world record of 190kg, which proved enough to see him land top spot.

Jawad attempted 193kg in the third round with gold secured but failed.