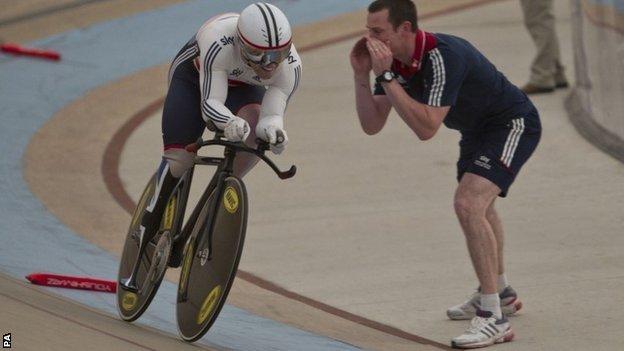 Storey broke her own world record in winning the C5 pursuit, while Cundy won the C4 kilo, his ninth world title.

She beat Poland's Anna Harkowska in the final to claim gold, catching her opponent with six of the 12 laps to spare.

Storey, who won C5 pursuit bronze on first day of the competition, added: "It's been great to get back to the winning form I was enjoying at London 2012 and to go that little bit quicker than London in the morning was just the icing on the cake."

The 35-year-old said: "World records can be broken, but it's nice to put one out there that should hopefully stand for quite a few years."