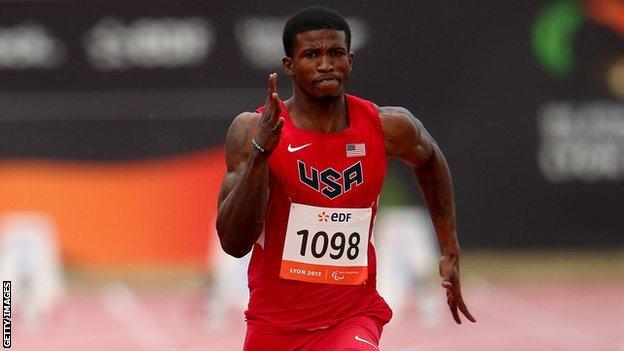 His time of 21.91 seconds at the Mt Sac Relay event in California beat the 22.08 set by compatriot Jarryd Wallace last year.

He then improved it to 10.75 at the Anniversary Games in London.

Browne had his leg amputated below the knee in 2009 after an accident where he slipped and crashed into a glass door.