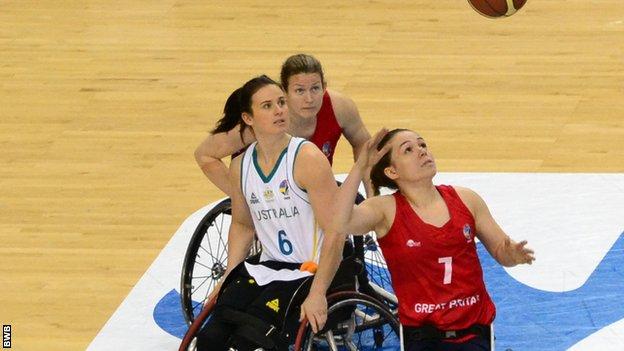 Great Britain's women claimed their best ever World Championship position after beating Australia in overtime to finish fifth in Toronto.

Helen Freeman top scored with 41 points in a 77-70 win over the London 2012 silver medallists.

"This definitely shows that we are a world class team," said Freeman, who also had 11 rebounds and 10 assists.

"We're right up there and with more hard work we can make it into the top four next time."

GB, whose previous best at the Worlds was sixth, led 35-28 at the break but each time they extended their advantage, the Australians hit back and Amber Merritt tied the game on 64 points apiece at the end of regular time.

But Amy Conroy and the experienced Clare Griffiths scored key baskets in the extra period before Freeman hit three free throws to give her side a famous seven-point win.

"It feels like the natural step in our progression: we needed a win like that to kick start this programme into the elite and that's what we did," said GB coach Miles Thompson.

"We had some exceptional performances out there individually, but you could also feel the team aspect of where we're headed - it's great."