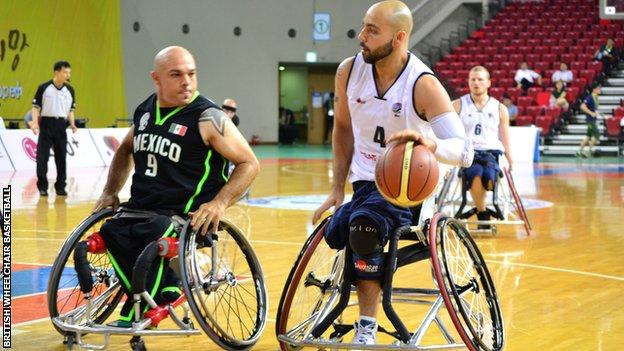 Ian Sagar, with 14 points, top scored for Britain as they finished with three wins out of three in Group A.

"It was a scrappy game and we weren't up to our best, but we still scored 74 points, which showed commitment," said head coach Haj Bhania.

Britain go into a second group stage to battle for a quarter-final place.

Their pool, Group E, consists of six teams, but they will only play three matches - against Iran on Tuesday, Japan on Wednesday and Spain on Thursday.

The top four teams in Group E will qualify for Saturday's quarter-finals. The final will take place on Monday, 14 July.