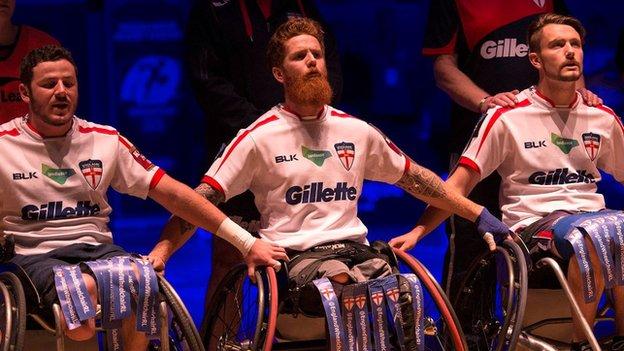 Captain Jack Brown scored the golden points with his hat-trick try after Joe Coyd's try had taken the match into extra time.

Martin Coyd, chairman of Wheelchair RL, said: "England and France are the best two teams in the world.

"We haven't been near them since 2011. The calmness of the players was fantastic."

It was a five-team tournament held at Medway Park, Kent, with Scotland, Wales and Ireland also competing.