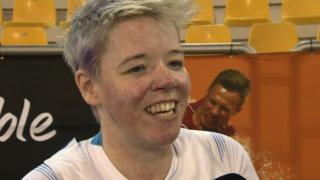 The 36-year-old's throw of 21.44 metres was enough to secure her first global title, adding to the European crown she won in Swansea in 2014.

'She completely lost it after that Solheim'