Double Paralympic champion Hannah Cockroft says a new generation of stars inspired by the success of London 2012 can propel Britain to more glory at the 2016 Games in Rio de Janeiro.

"The girl who beat me - Kare Adenegan - was 14," said Cockroft. "She watched London 2012 and that's what got her into wheelchair racing.

"There is so much talent coming through."

Speaking about her own sport, the wheelchair athlete added: "There are 15-year-olds and 16-year-olds blasting world records. The youngsters are going to make us very dominant."

Despite Cockroft's optimism, Britain's Paralympic boss says it will be "astonishing" if the country can beat its 2012 tally of 120 medals - 34 of which were gold - this year. 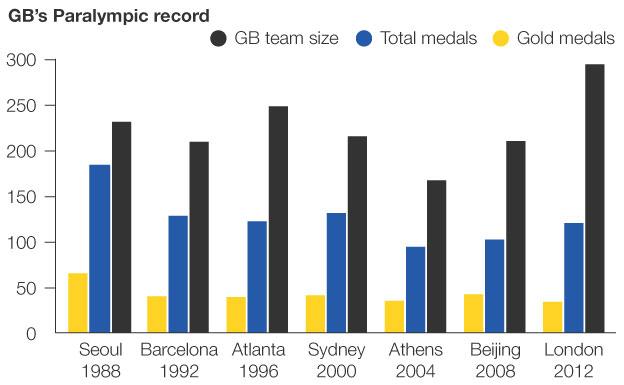 Tim Hollingsworth also says extra funding will be key to helping maintain Britain's place in the world's top three, after finishing behind China and Russia in London.

"We want our athletes to be on the start line in the best possible shape," said the British Paralympic Association's chief executive.

"We are very ambitious, as are the athletes themselves, but we know it's going to be tough. To beat the haul of 120 medals in London will be astonishing."

Hollingsworth is hoping a new campaign - Supercharge ParalympicsGB - will help encourage the public to generate the funds to ensure Britain is the "best prepared team" in Rio.

"We have incredible support from the National Lottery and UK Sport, but the final part of the jigsaw requires as much funding as possible to ensure the team are ready for success," he said.

"We believe we can do more with more. What London showed us was that the public were fantastically proud of the Paralympics and our Paralympic athletes."

Cockroft, who won the T34 100m and 200m in London, admits the 2016 Games will be a daunting experience as she looks to add to her medal haul.

"I'm a bit terrified about it," she told BBC Sport.

"There were no expectations on me in 2012. I was 20, competing at a home Games. People were just happy you were there competing.

"Now there will more pressure on me, so much more."