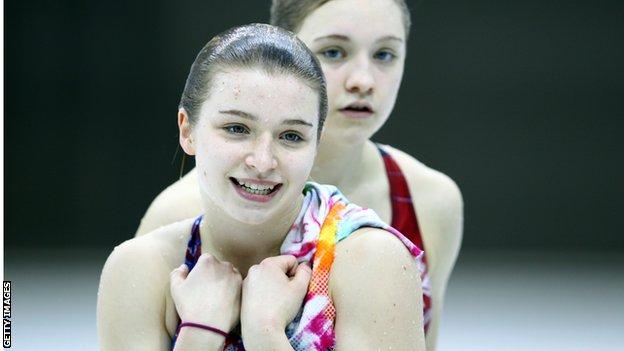 Great Britain will take a full diving team to the 2012 Olympics after Hannah Starling won a dive-off on the final day of the London World Cup.

The 16-year-old from Leeds produced a superb display at the Aquatics Centre on Sunday to secure a second Olympic spot in the women's 3m springboard.

The divers will not be named in the Team GB squad until after the Olympic trials in Sheffield in June.

This week's test event also doubled as final qualification for the Olympics.

Starling failed to secure a second springboard place earlier in the week when she finished one place outside the qualification berths.

She was in top form on Sunday with a score of 318 - which would have been good enough to qualify for the final.

The Olympic test event at London's Aquatics Centre is Great Britain's most successful World Cup after the team gained two medals for the first time.

Peter Waterfield was the first Brit to win an individual World Cup medal since Chris Snode scooped 3m springboard gold at the inaugural event in 1979.