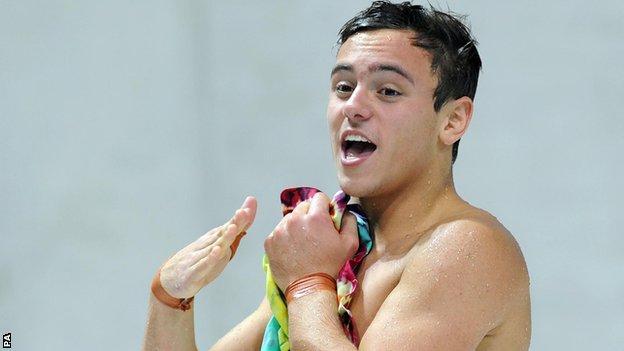 Great Britain's Tom Daley finished second in the 10m platform final at the World Series in Dubai on Saturday.

The 17-year-old, who won the event in 2009, was beaten by world number one Qiu Bo, from China, with the United States' David Bouidea in third.

Daley said via Twitter: "Wooop! Silver medal at the world series in Dubai, very pleased with the way it went."

On Friday, he competed in the in the 10m synchronised platform final with Pete Waterfield, finishing fourth.

The pair were two points behind third, as Chinese pair Cao Yuan and Zhang Yanquan recorded a 10 en route to victory.

Tonia Couch was fourth in the women's 10m platform, but teenager Jack Laugher could not reach the springboard final.