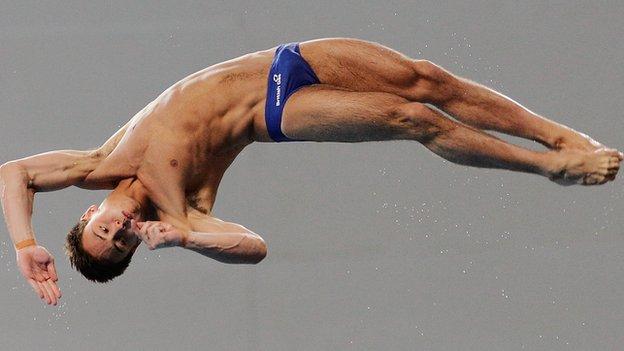 Tom Daley and Peter Waterfield won silver and bronze respectively in the individual 10m platform at the World Series event in Beijing.

Waterfield, from Southampton, overtook Nick McCrory of the Unites States to finish in third with 531.80.

On Friday, Daley and Waterfield teamed up to win silver in the 10m platform synchro event.

Plymouth-based Daley and Waterfield scored 437.40 points as they were beaten by Chinese duo Yanquan Zhang and Yuan Cao.

It was their best international score since claiming gold in the World Series meet in Sheffield last year.

"So pleased with our score and silver medal," Daley tweeted after the event.

Earlier this year Daley was accused of not concentrating enough on his diving.

British Diving performance director Alexei Evangulov said Daley spent too much time on media commitments after he and Waterfield finished seventh in London in February.