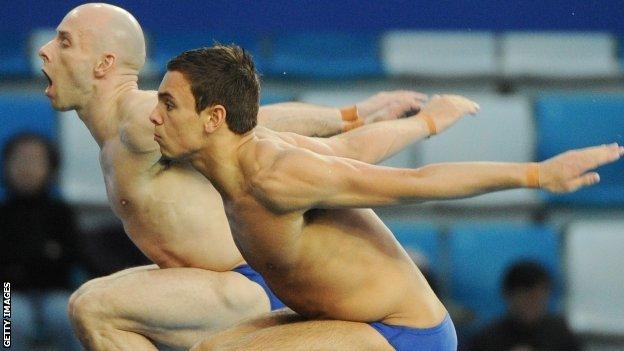 The GB pair secured silver together in Beijing last month, but dropped two of their six dives to finish with a score of 429.39 and outside of the medals.

It is not the first time the British divers have struggled together.

In February, Daley and Waterfield were seventh at the Olympic test event in London's Aquatics Centre.

Waterfield defended his diving partner and Daley has since announced that any disputes have been resolved.

Earlier in the day in Russia, British champion Jack Laugher narrowly failed to reach the men's 3m springboard final after recording a score of 425.95.

Saturday will see the final day of competition and Daley will attempt to claim a third successive podium at this year's World Series in the individual platform.