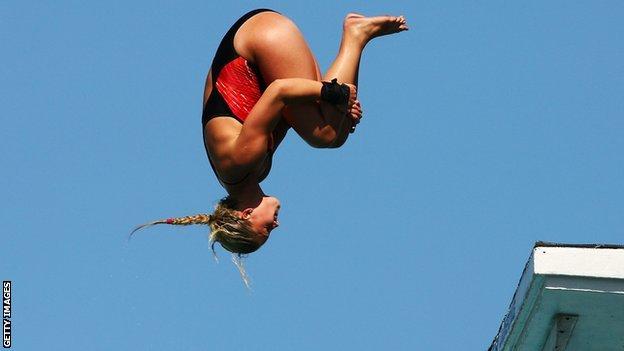 European bronze-medal winning diver Brooke Graddon has announced her retirement from the sport.

The 25-year-old from Plymouth, who also dived at the 2006 Commonwealth Games and 2009 World Championship, has quit after a

"I just feel like my body is telling me to give up," the 10m platform diver told BBC South West Sport.

"I'm 25-years-old and knowing there's another four years until Rio, I just don't think my body will hold out."

My dream, even as a little girl, was to make an Olympic Games. Not making London was heartbreaking and my dreams were shattered

Graddon, who won a bronze medal at the 2009 European Diving Championship in Turin, cites 2008 as the best year of her career as a diver.

She said: "I'd come back from injury and illness and that year I was British champion and qualified for the Olympic place for Great Britain, although I didn't make Beijing."

Graddon, who trained alongside Tom Daley and Tonia Couch in Plymouth, says her biggest regret is never being selected for an Olympics, after also missing out on a place at London 2012.

"My dream, even as a little girl, was to make an Olympic Games," she added.

"Not making Beijing was sad and I was gutted not to make it, but I thought 'head down, London's in four years'.

"But not making London was heartbreaking and my dreams were shattered.

"I knew I probably wouldn't make Rio, so it was horrible and the worst feeling not getting what I wanted, but that's sport."