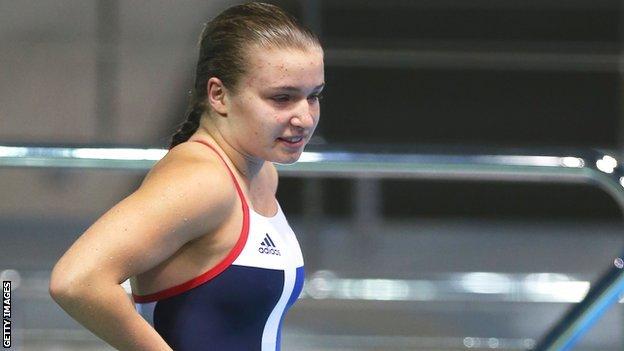 Hannah Starling won bronze in the 3m springboard at the World Junior Diving Championship in Adelaide.

The City of Leeds diver became the first British female to win a medal in the Girls A Springboard event after Tom Daley and Jack Laugher won gold.

The 17-year-old told BBC Radio Leeds: "It's quite surreal really because I came into it not expecting a result.

"I was very relaxed in the final because I'd qualified in fifth so I didn't think there was pressure on me."

Starling, who narrowly missed out on making the final in the same event at the Olympics in London, is now preparing to compete alongside Alicia Bragg in the synchronised 3m springboard on Thursday.