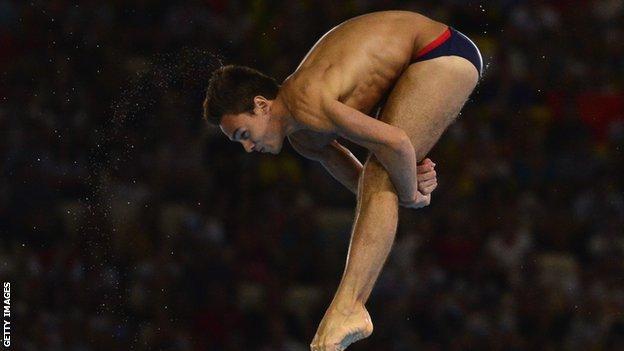 Tom Daley secured his second gold medal of the Junior World Diving Championships in Australia with victory in the 10-metre platform event.

Daley had already won gold with team-mate Jack Laugher in the synchronised 3m springboard on Tuesday.

"I'm really happy with my performance," said the Olympic bronze medallist. "Scoring straight 10s on my last two dives was one of my best achievements."

He added: "It has been an amazing week by the whole team and will be tough to beat.

"I'm looking forward to a break now and chilling out a bit before the nationals in February."

Daley, from Plymouth, produced a superb sequence of five dives, scoring 108 points with his fourth and 99 with a fifth dive that earned perfect 10s from five judges and 9.5 from the other two.

Team-mate Daniel Goodfellow, 16, did not make the final.

In the women's event, 14-year-old Lydia Rosenthall qualified fourth for the B final of the 3m springboard, but finished 11th of 12 in the final after three poor dives.